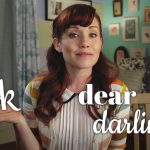 DEAR DARLING,
My best friend recently moved to a new city, and she’s having trouble with dating. She’s met a few guys, but they’re either distant or putting on too much pressure. She needs some advice on how to tell whether guy is actually interested. I’ve been off the scene for almost fifteen years, so I’m no help. Can you give some pointers?
-LEIGH

HI LEIGH AND FRIEND OF LEIGH!
Congrats on moving to a new city! That’s so exciting! With that move comes a lot of new adventures, and one age old one if you’re single, DATING! But when you start out on that dating journey how do you know a guy’s intention? How do you know if he really likes you or if he just wants to…umm…park his car in your garage? Well, while there is really no sure fire way to tell, here are some tips.

1.) PRESSURE: If the guy is pressuring you to do something you don’t want to do…or aren’t ready to do then…

2.) DATES: What kind of dates is he taking you on? If the dates are always at night, always one on one, and his main objective seems to be to get you drunk then he probably has only one end game in mind!

3.) TIME: How long have you known this guy? How many dates have you been on? How often is he contacting you before or after dates?  If you guys have been going out for a couple of weeks and the guy seems like he’s genuinely putting in the effort to see and talk to you (and not just at night on dates) then you may have found a guy who is genuinely into you!

Bottom line, FRIEND OF LEIGH, if a guy isn’t putting in the time and effort to show you he likes you, or is trying to pressure you into something you aren’t ready for…then he’s not the kind of guy you should waste your time dating, and definitely not the kind you want parking his car anyway!
Till next time My Darlings!

Can You Force Love?

DEAR DARLING,
There is a guy I really really like, we went out a couple of time, and I enjoy being with him. I think he enjoys being with me. But nothing happened. He told me he was focusing on his work. I really think I am the one for him and he is the one for me.
What can I do to make it happen?
I am so afraid of what could happen if he rejects me and that it breaks our friendship.
Can you help me, Wendy?
-BLEU IN NEVERLAND

OH BLEU,
If only we could make love happen! Life would be so much easier then. If we could just point a magic wand and yell, “ACCIO LOVE!” 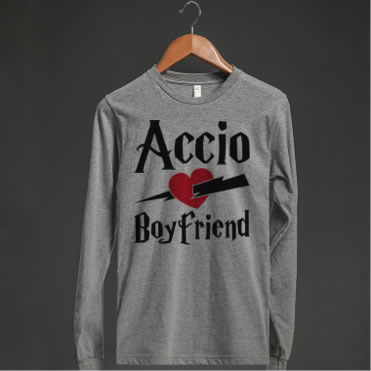 But unfortunately that’s just not how life works…and to be honest, love wouldn’t be as magical and special if it did.  All you can do is respect his wishes, stay friends, and see if things change naturally…BUT don’t put your own life and heart on pause waiting for him! Keep both open, you never know where or when love will suddenly appear…just like magic.
Till next time My Darlings!

Let Those Feelings Out!

DEAR DARLING,
I can’t seem to get over a guy that I really like. I know he doesn’t like me, but he only knows of the over-achieving nerd everyone makes me out to be. I just wish a.) he let me have an honest conversation with him, or b.) I’d get over him.
-ELOSE

WELL ELOISE,
It sounds to me like the way to get over him is to have that honest conversation with him. Right now you’ve got all these feelings and thoughts inside you, and they are going to stay there until you let them out. It won’t be easy to tell him these things, I know, and if you feel like you can’t do it in person you could always write him a letter…but in the end you’ve got to do what is best for you and your heart and that’s letting these feelings out.  Please let me know how it goes!
Till next time, My Darlings!