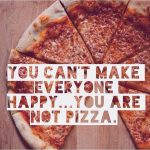 New Paper. If you haven’t already heard, JHMedia has bought the Kensington Chronicle. It’s definitely a little weird around here, but we are optimistic that the new merger will allow the Chronicle to keep both its integrity and its place in the hearts of Neverlandians. It’s pretty well known around town that the paper has been going through some hard times. While it’s difficult to imagine the paper being run by anyone but the Darlings, the important thing is that it’s still here.

Reapply Your UnBlock. The members of the local band Fish Girl Pond were seen with some friends at the Jolly Roger taking a break from touring and songwriting for some much needed R&R. Nanny Ams, Mia Rivers, and Rowan O’Connor joined them over plates of nachos and bowls of ice cream. Word has it the band is working on some new material. Perhaps they will debut a new song at Sarah-Jane Lakewood’s engagement party this week?

Sign Language. Wendy Darling started her book tour here in Neverland last week. Locals lined up outside of Neverland Books to get their hands on some of the first copies of her new book “Ask Wendy!”. The local, soon to be national, celebrity was gracious and charming as she signed books for everyone who showed up and a few extras for those who couldn’t be there.

Beyond the Pale.  Even though it’s the end of summer and most of us are sun-kissed or just downright red, there have been a few new residents of the paler variety. Maybe they’re Scandinavian? But I never knew Scandinavians to have such a thirst for tomato juice. Well, thankfully, Teresa Delacruz seems to know how to keep those Scandinavians in line.  And don’t worry, she’s back from her vacation to Chicago with Neal.  Even Scandinavian wranglers need a little fun in the sun.

Bagha Tricks. Local entrepreneur Lily Bagha is having a bad week. Just as word leaked that she and Peter Pan were all but finished, her company was taken over in a hostile move by JHMedia. Bagha Industries had gone public earlier this week, flooding the market with its stocks. Apparently, this was a gamble. The company stood to make a huge profit while they risked someone buying up all the stocks and have the controlling share of the company. This is exactly what happened when Jas Hook swooped in and immediately booted Lily Bagha out.

Star-crossed. Sarah-Jane Lakewood and fiance Alfie will be celebrating their engagement this Friday. It should be a swanky party – the only catch is that it is taking place in New York.  The couple’s families and circle of Hollywood friends will be in attendance.  Word has it they are flying in Mermaid Lagoon for the occasion. The party will be a throwback to 1920s glamour with New Orleans cuisine and endless champagne.  So, if you can hop a plane (or convince Sarah-Jane to share her jet), you probably should!

Boy in Blue. Neverland couldn’t be happier with its new Deputy Sheriff G. Harrison Lestrade. One resident said, “I feel safer knowing that Deputy Sheriff Lestrade is on the case, keeping our town safe. And it helps that he’s cute.” Another pledged to make him her famous chili cheese tacos stating, “Well, that’s his nickname isn’t it?” Yes, yes it is. Thanks for your constant vigilance, Deputy Sheriff Tacos! Let us know how those chili cheese things turn out! 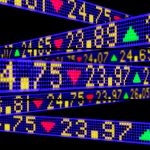 Dear readers, it has come to my attention that Bagha Industries, helmed by Neverland’s own Lily Bagha, is about to have its initial public offering. (For those unfamiliar with Ms. Bagha, you can learn more about her and her company in an editorial from last year). Though Ms. Bagha is a friend to the paper, she declined to comment on the move at this time, leaving us only to speculate as to her reasons. First and foremost, it appears that she might not have any other choice.

Until relatively recently, companies with more than 500 on-record shareholders were required by the SEC to go public, but in 2012 the senate passed legislation raising that cap to 2,000. But the number of Bagha Industries shareholders is just about to rocket past this new magic number, forcing the CEO to make Bagha Industries stock available to the public, or submit to much stricter disclosure rules. It seems the company has grown too much, too fast. This would ordinarily be a good problem to have, but it remains to be seen just how the issuance of public stock will affect the company.

When Facebook went public a few years back, CEO Mark Zuckerberg only sold 10% of the company. While the exact number of shares that Bagha Industries intends to release is not yet known, industry insiders report that the company will be putting a much larger portion of the company in the hands of the public. Now, this is the part that I’m having difficulty wrapping my mind around. Issuing a lot of stock is a good way to raise capital, but I can’t imagine that Bagha Industries is having cash flow problems. Despite her company’s prolific amount of philanthropic works, our Ms. Bagha has occasionally been accused of having “lost touch” with the 99%, so maybe putting control of a significant portion of her company in the public’s hands is a way of earning back their trust. Of course, Ms. Bagha’s business acumen far, far eclipses my own, so it’s safe to assume she knows exactly what she’s doing.

Like I said, there aren’t a lot of concrete details about this floating around yet, but we promise to keep our finger on the pulse of this important local story. All credible sources anticipate that this stock offering will come to pass within a matter of days. I’ll keep you all updated at this one develops.