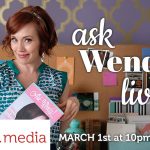 I am so excited to bring Ask Wendy back to the new K-Chron!  Sooooo excited that I spent an hour last night giving advice live from my office at the new JH Media building visible from…well, everywhere in Neverland.  The last year has been a whirlwind and it was so magical to return to the place where it all began.  Me, you and a web cam in good, old Neverland, Ohio.

PS) Hope you enjoy the input from my trusty assistant as much as I did.  Remember, darlings, no matter how hard life gets, a good friend can always make it better.  (And a good laugh, too!) 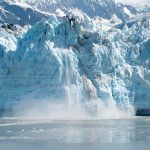 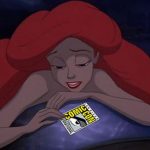 Work it.  Things have settled down considerably in Neverland since the week of the ball.  Maybe it’s the sweltering heat, or maybe it’s the depleted wallets, but Neverlandians across the board have been getting back to work.  Apparently, Juliet Carpenter is working out of Wesley Parson’s accounting office these days.  Happy those two are making a go of it!  And word on the street is that Agent Tacos is looking for a job.  Seems to me any business would be lucky to have a trained FBI officer!

Chocolate-Covered Catch-up.  Wendy Darling, Neverland’s erstwhile advice blogger, is officially back in town!  Early last week she caught up with some of her old Neverland pals at the Jolly Roger.  While everyone was excited to see Wendy and her fierce new haircut, the big attraction was her fierce new arm candy.  She brought along JH Media mogul and professional heartthrob Jas Hook.  He regaled the group with tales from the city and pretty much charmed the pants off of everyone.   I mean, sources say.

Nerdy-landians Abroad. Some lucky Neverlandians traveled across the country this weekend for Comic Con in San Diego, California.  Becca Rodriguez and Drunk Austen (such a unique first name…is it Dutch?) tweeted updates from the ground so that those of us stuck in Ohio could enjoy the action.  Some of the fan favorites this year were Outlander, Batman vs. Superman, Star Wars, Supernatural, Pride and Prejudice and Zombies, and a little video blog about some people we know.

Painting the Town. Just as this gossip columnist was about to shuffle on home and drown her slow news week in a bottle of wine and some Netflix, she spotted something that made her journalist heart go all a’flutter.  In front of Neverland Books, one Mia Rivers and one Eli Trainer were engaged in a full out paint flirt – ahem – fight.  A little spying revealed that the dashing Texan was helping Ms. Rivers hang the new sign over the shop.   Mia’s dress may have lost the battle, but hopefully love is winning the war!