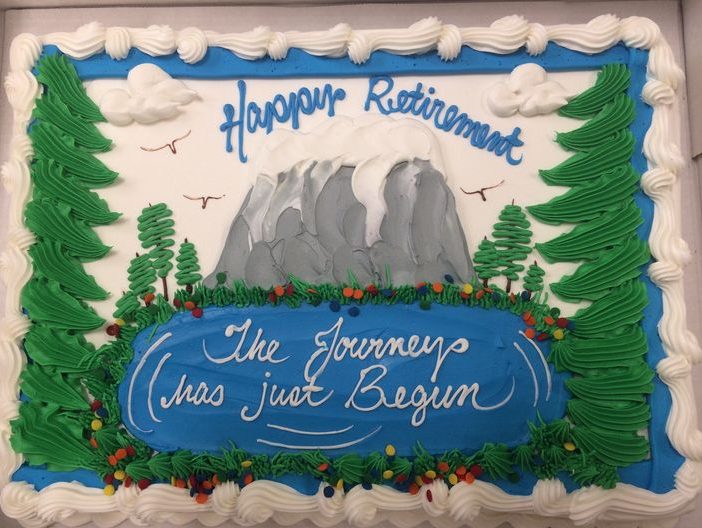 OK-Chron! Everyone in Neverland is so excited to see the new changes in the Kensington Chronicle. A pleased Sheriff Tacos was overheard saying, “I still can’t believe what they’ve done to our paper!” Well, believe it. Neverland’s favorite son, Jas Hook has taken your beloved paper and brought it into the 21st century! Soon all the world will be reading about the very important topics we cover here at the paper. Why would anyone want to create a petition called Disinfect the Chronicle to return the paper to how it used to be? Why would anyone want to do that? Beats me.

Good Bye? On February 16, Neverlandians gathered to bid farewell to one of the town’s most beloved figures. George Darling has retired – completely voluntarily – from his post as Editor in Chief at what used to the Kensington Chronicle. He happily “passed the baton” in his words to the “magnanimous” Jas Hook who attended the party along with all the other Darlings. Though some people were crying into their root beer floats, Mr. Darling was all smiles as he proclaimed, “It just so happens that today I’m starting my all cake diet.”

Ask Her. Neverland’s favorite advice vlogger, writer, and redhead will be taking your questions tonight at 10PM Eastern time. As you know, Wendy Darling has remained on the recently edited staff here at the K-Chron. You can ask her anything, anything at all. Having followed Ms. Darling’s career for years, I know she is great at coming up with answers for everything from existential crises to romantic entanglements to really awkward questions about why one’s boyfriend might take over one’s family’s company only to completely change everything about it and stomp on the first amendment.

Newerlandians. Walking around town I’ve been glimpsing some new faces here in Neverland. We’ve got a psychic in town – which is great because I’m sure we’d all like to know how long we’re going to have to put up with this crazy guy who is messing with everything we hold dear. I’m talking about President Trump, of course. Please tell us it won’t be another 4 years, Heavenly Imagine! Also Jane Mannering is manning the cashier at Skull Rock Sweets, Codamae Elizabeth is sipping tea at Straight On Till Morning, Enya Rose is hosting Dance Fitness Parties, and Sarah Lightly is annoying Tinker Bell wherever she goes.

A Family Affair.  While crabbing in the Bering Sea for the last few weeks, I discovered a latent passion for marine biology. I’ve returned to Neverland not only to work at this glorious new version of our old paper, but also to apply to grad schools. This requires lots of studying musty old books rather than studying you.  I’ve always considered Neverland to be a great big family.  A great big family full of people who love each other, watch out for each other, and know all each other’s secrets. If you guys could help me assemble this column by sharing juicy tidbits and heartwarming stories you’d like to see posted, please DM me or use the Got Hot Gossip? form on the Neverspeak Weekly Page. With your help, I can keep this column cooking along with the crabs. So. Many. Crabs.

Best Tweet Ever
Calum Marsh @calummarsh Feb 27
In true form, La La Land only won Best Picture in a fantasy moment shared between former lovers imagining wistfully what might have been.