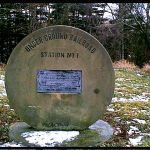 More than 240 years ago, our great nation declared its independence, severing its ties to Great Britain. But the road towards stability was fraught with discord. In 1861, a bitter divide between the north and the south plunged the United States of America into Civil War. And this couldn’t have come at a worse time for the city of Neverland; our town had only been in existence for two short years. Neverland was so nascent it was even money whether or not it was even going to survive, and suddenly our entire nation was torn asunder!

Only two minor battles were fought on Ohio soil, but that didn’t mean that our proud State was about to stand on the sidelines. The State of Ohio distinguished itself in a number of ways during the War Between the States. For one thing, Ulysses S. Grant, General-in-Chief of the Union army, was, himself, Ohio-born. What’s more, some 320,000 Buckeyes enlisted in the Union Army, making Ohio third behind only New York and Pennsylvania in total manpower contributed to the Northern war effort.

But Ohio, and Neverland specifically, made another indelible mark on our nation’s history, in the years leading up to the war and beyond; it was a haven for runaway slaves. The one-time pirates that founded Neverland with J.M. Barrie built a shelter that came to be called the Underground Home, which was, as the name suggested, literally underground. Former pirate Samuel Hook, ancestor to Neverland’s own Jas Hook, and a fairy by the name of Liberty Bell were the driving force behind our town’s involvement in the Underground Railroad. Liberty and her fairy friends acted as beacons, leading runaway slaves to their underground haven.

Of course ultimately, our town and our nation endured. But I’m going to take today to remember just how hard fought our independence really was, and how close we came to letting it all slip away. Our state’s significant contribution during the Civil War is just one more reason why I am, as ever, proud to be an Ohioan.

Kensington Darling: The Man, The Myth, The Legend 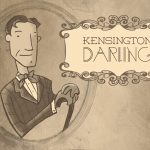 My dear Neverlandians, just last week we celebrated the 154th anniversary of the founding of Neverland, Ohio, by J.M. Barrie. Every year, my brother Michael, my sister Wendy and our friend Peter Pan (of Peter’s Panels fame) go on an expedition, retracing the path of J.M. Barrie and the people who originally settled our town. This year, we were happy that many of you, our dear friends and neighbors, accompanied us. And this time around, we decided to immortalize our journey on Twitter. As I mentioned in my editorial last week, the KensingtonChronicle.com will very shortly be adding a Storify section to our site, to highlight many of the local stories that make Neverland such a wonderful place to live. As soon as that is up and running, we will be posting an archive of our expedition, for those of you who were unable to attend. During our tour, I mentioned in passing the name Kensington Darling, my ancestor and this newspaper’s namesake. Back in 1862, Kensington founded this very paper, and in honor of our town’s 154th anniversary, I thought I’d take a few minutes to tell you about this seminal figure in Neverland’s history.

Kensington Darling was born and raised on the streets of London, living in poverty for most of his formative years. At the age of 5, Kensington got a job as a newspaper boy, where he worked all throughout college to be able to pay his tuition. After studying literature and business at university, a 25-year-old Kensington Darling set sail for America, the land of opportunity, where he hoped to fulfill his dream of owning his own newspaper. Kensington landed in Boston, and he quickly discovered that jobs were in short supply. He traveled up and down the Eastern seaboard pedaling his own brand of journalism, one that focused on the people and their stories rather than just the cold hard facts. But when Kensington was faced with rejection after rejection, he was forced to buckle under and take a job as a laborer for a group of settlers heading west from Washington D.C. And as many of you no doubt have already guessed, this band of intrepid pioneers were the same settlers that our beloved J.M. Barrie saved from a pack of black bears in 1860, the folks who would soon become our town founders.

While the Kensington Chronicle has been an institution in Neverland for almost the entirety of the town’s existence, Kensington Darling is perhaps best remembered by the world at large not as the founder of our hometown newspaper, but as the human race’s first ambassador to the fairy people. After stumbling onto a Gentle Place he later dubbed the Garden of Light, Kensington became the first man of record to discover the existence of fairies. And in so doing, he put our fledgling town on the map, and reminded people the world over that the Earth truly is a magical place. Selling this scoop of a lifetime netted Kensington enough money to bankroll the local newspaper that he had long been dreaming of, and the Kensington Chronicle has been owned and operated by a Darling ever since. Kensington built this paper from the ground up, and made it his mission to tell stories of the people and for the people of Neverland until the day he died.