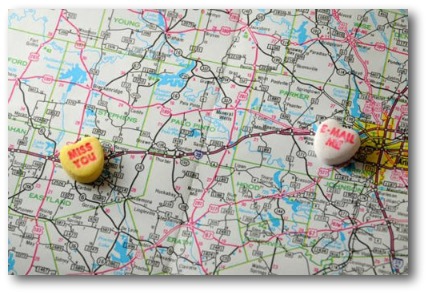 Recently, I had the opportunity to attend my sister’s welcome home party, and I was struck by the melancholy realization that the older we get, the more and more quickly things change. I’ve known Wendy for literally as long as I can remember, and for so many years, whether we liked it or not, my siblings and I were inseparable. Dozens of photo albums’ worth of important milestones came and went in the blink of an eye, and I watched my siblings grow up so gradually that I was scarcely aware they were changing at all. But after she’s spent a mere 6 months, Wendy’s made herself a new life in New York City, filled with a cast of unfamiliar characters, and that realization has forced me to come to grips with just how much I’ve missed her.

Of course, Wendy isn’t the only person guilty of moving on. It’s shocking how quickly Neverland sans Wendy has become the new status quo, for all of us. Michael stepped in to replace Wendy at Dear Darling. Wendy’s duties as surrogate mother to Michael have fallen to me. Our friend Lily even took Wendy’s place as Peter’s girlfriend. The circle has closed, and everyone in it seems perfectly happy. And yet, I wonder how much of that is a carefully crafted self-delusion that we all share.

I’ve been so excited about Wendy’s book and all that that means for her that it’s blinded me to the reality of my own feelings about the void she left in all our lives. Much to my own surprise (and dismay), the reception Wendy received from both Michael and myself at her triumphant homecoming was downright chilly. And the bizarre notion of Wendy being a visitor in Neverland just brings out in stark relief how off kilter everything’s been in her absence. I’d hoped her return would bring us all closer together, but instead some things have come to light that threaten to drive a wedge between lifelong friends.

Now, change isn’t always a bad thing. I recently wrote an editorial about how Neverland’s own Jas Hook pulled himself up by his bootstraps and improved almost every aspect of his life. Though, in his case, he did have to move away and leave everything he knew behind in order to do so. And, to be clear, I don’t in any way begrudge Wendy her desire to forge her own destiny; she’s amazing, and I’m truly thrilled that the world at large is starting to see that. I just hope that Michael, Father and I factor somewhere into that success. And that our family and our friendships can stay the course in these stormy waters.