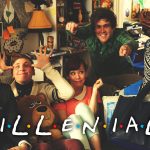 Right around the time that most of the so-called millennials were partying like it was 1999, psychologist Jeffrey Arnett coined the term “emerging adulthood,” which, appropriately enough, would come to describe the epidemic of protracted adolescence that is quickly becoming the most defining trait of my generation. In the eyes of the world, the generation of people born after 1980 seem either unwilling or unable to grow up. Some people blame it on the overinvolvement of so-called “helicopter parents” who hover around their children so ubiquitously that they never learn how to deal with adversity themselves. On the other hand, many reactionaries are ready to diagnose our entire generation with narcissistic personality disorder. As with most important issues, I believe the whole thing is a lot more nuanced than that.

In a lot of ways, the youngest members of the Kensington Chronicle family are prototypical millennials. And in a few cases, it’s not even an exaggeration to call it a family, since, to the extent that we are employed at all, myself, my brother, Michael, and my sister, Wendy, all work at a newspaper which just happens to be owned by our dear father. You might think it’s a pretty cushy setup, being poster children for nepotism at our dad’s small business. And you’d be right, up to a point. But it doesn’t do much to impress upon us the importance of responsibility and financial independence. I talk a good game, but KensingtonChronicle.com – at least so far – is like the red-headed stepchild of the print publishing division. And I’m not saying that all of what my siblings and I do for the Chronicle is incredibly work intensive, but when you boil it down to dollars and cents, our salaries don’t amount to much more than a pittance, certainly nothing even remotely approaching a living wage. Wendy, Michael and I are all in our mid-to-late 20s, and the only way that we can afford a place of our own is because we’re splitting it three ways. And this isn’t because our father is a penny-pinching miser, either: it’s because there’s simply not enough money to go around.

I think this is a good example, in miniature, of our generation’s seeming inability to grow up. Secondary school is now a requirement for any young person who wants to be competitive in the shrinking job marketplace, a hurdle which was not present even a generation ago. The good news is, this makes us the most educated cohort of young Americans in our country’s history. But on the flip side, with our schooling now extending into our 20s at least, the onus of crushing financial-aid debt that many college students find themselves under at the outset of their post-college careers, and a recession-culture job market that underpays and undervalues their more-than-qualified workforce, is it any wonder that my generation appears to be floundering? That it takes us years to start families, not only because we can barely afford to take care of ourselves, but also because the rat-race to stay above the poverty line is so all-encompassing that it renders us ill-equipped, from the a time-management and emotional-growth standpoint, to even know how to carry on healthy romantic relationships?

In Neverland, it is particularly difficult to cast off the chains of childhood, due in no small part to the fact that magic is, in one form or another, part and parcel to our everyday lives. In fairy society, youth is famously a prerequisite for holding any position of power – a fact which our fairy friend Tinker Bell very vocally laments (though I dare not print her age, lest I see my own “emerging adulthood” cut tragically short). And Peter Pan, our cartoonist at the Chronicle… Okay, it’s possible he actually does have narcissistic personality disorder. But it’s equally possible that young people are simply narcissists as a matter of course, and that as our generation is forced to hold tight to the reins of perpetual adolescence, so, too, do we cling to that particular excess of youth. But fear not, people of Earth: we are not, in the final analysis, a generation of lost boys and girls. Your millennials are, in fact, growing up; It’s just that growing up isn’t what it used to be.