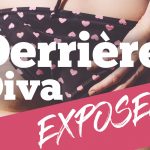 Neverlandians, today I’ve been tasked with answering the question that apparently everyone but me has been asking re: pop-star Derrière Diva: “Booty real or booty fake?” In case, like some of us, you have better things to do with your time, allow me to bring you up to speed. Ms. Diva’s appearance at this year’s Siren Awards has kicked off the latest in a disturbing trend of bootygate scandals. The ratio of Ms. Diva’s behind to her waistline does seem to defy what we would think of as standard body proportions, but just because it is unusual does not mean it isn’t naturally possible. There are a lot of facets to this question, and I shall endeavor to address the issue respectfully while keeping my journalistic integrity intact.

The practice of using the suffix “-gate” to denote a scandal, of course, originated in the early ‘70s when the Nixon White House was implicated in a burglary of the Democratic National Committee’s headquarters which happened to be located inside the Watergate Complex in Washington D.C. I’d hazard to say that the authenticity of Derrière Diva’s booty is of significantly less national import than the dirty-dealings of a one-time-president of the United States, but you wouldn’t know it from the way this so-called scandal is trending on Twitter.

So what do we actually know? Surgical procedures to enhance one’s posterior have existed for more than 30 years, two of the most common being fat injections and silicon implants. Now, as it turns out, there is a fairly definitive way in which to identify the presence of booty enhancements. Both of these methods of posterior augmentation would show up on X-ray or CT scans, tiny calcium specs called “microcals” for the former and the implants themselves for the latter. Not surprisingly, however, there do not appear to be any publicly available scans of Derrière Diva’s backside to settle this debate once and for all. And even if there were, journalistic integrity would demand that rigorous pains be taken to ensure that said scan were, in fact, performed by board-certified Radiologists.

Absent this definitive medical evidence, the question of “Is Derrière Diva’s booty real or fake?” seems to be largely a matter of opinion. Still, it has been made clear to me that I am expected to draw a conclusion, sparse though the actual facts may be. So to that end I say, we must presume that it is real until such time as it can be proven otherwise. This is America, after all.