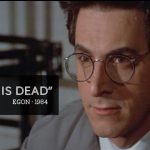 Is print dead? It’s a complicated question. Here’s what we know: The New York Times bought The Boston Globe for $1.1 billion in 1993. In 2013, Red Sox owner John Henry bought the paper for $70 million. In just 20 years, the Globe depreciated in value by more than a billion dollars. Starting in 2009, a photojournalist named Will Steacy spent 5 years documenting the decline of the Philadelphia Inquirer, the third oldest surving paper in our nation. Between 1990 and 2009, the Inquirer laid off nearly 500 of their 700 staff. The paper, once housed in a Daily-Planet like art deco building colloquially referred to as the Tower of Truth, was relegated in 2012 to the third floor of a former department store on the periphery of the city. Once known for breaking important local and international stories, like the Opec Oil scandal in 1973, the Inquirer is down to a circulation of merely 150,000, and boasts ad revenues that are 25% of what they were a decade ago. And I’m sure most of us native Ohioans remember when the Brown Publishing Company filed for Chapter 11 in 2012. Brown owned 18 daily newspapers, 27 paid weeklys, many of which were in our proud state.

And if you’ve been following my father on Twitter, you’ll know that he may be a little too open about just how much this decline in the valuation of print newspapers has affected the Kensington Chronicle. I debated whether or not to write this at all, because dyed-in-the-wool newspapermen are trained not to make themselves the story, so stories of the demise of hyperlocal papers like our own have been in many cases woefully untold. But since this is indeed an editorial, I felt it was not entirely inappropriate for me to editorialize. Additionally, putting up a brave front in the face of declining print sales does nothing for you loyal readers who still pick up a physical copy of the paper on a daily basis. If we’re in dire financial straits, our loyal readership should be the first to know. Because it’s you who will be most affected if the family dynasty that is the Kensington Chronicle ceases to exist..

As much as I have been a strong proponent for the digital edition of the Chronicle, I am well aware of just how much online news sources have contributed to the decline in print newspapers. Classified ads, once the lifeblood of many papers, have largely migrated to websites like Craigs List. And one of the true casualties of online news sources muscling out their print competitors is local civic pride. Who will cover local mayoral and city council races if papers like the Chronicle fold?

On the other hand, doomsayers have been declaring that print is dead for at least a decade, and they have, strictly speaking, yet to be proven right. I can only hope that people across the U.S. are realizing that they should turn to online sources for certain types of news, and papers like the Chronicle for the hyperlocal fare that is our bread and butter. I urge all of you readers to renew your print subscriptions to the paper, and to spread the word about us. Because even though Father is being somewhat candid about the paper’s financial situation, I feel as if he is shielding me and the rest of my family from the worst of it. Losing this paper would be like losing a part of myself. And we will not go quietly into that dark night; not if I have anything to say about it.